as always, has so much to offer.
I hope you enjoy this collection of
Christmas photos and Greeting Cards
related to Brisbane, Qld
over approx. 75 years. 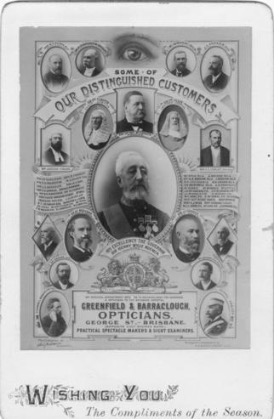 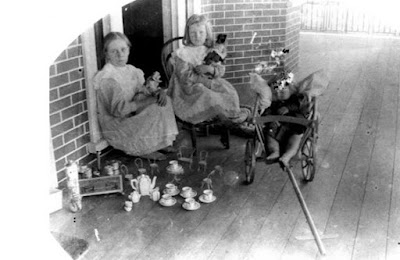 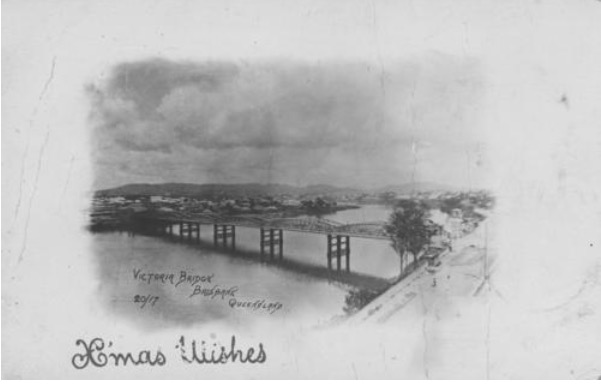 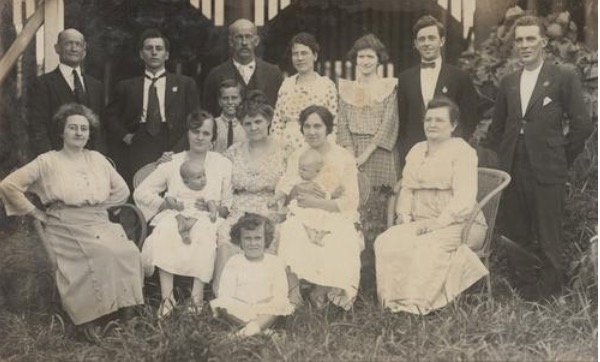 Christmas at 'Marama'. (Description supplied with photograph.)
Family celebrating Christmas in Brisbane, 1920
Marama was the name of a steamship, used as a hospital ship during WW1
http://www.ssmaritime.com/Marama.htm

Perhaps it was also the name of the house. 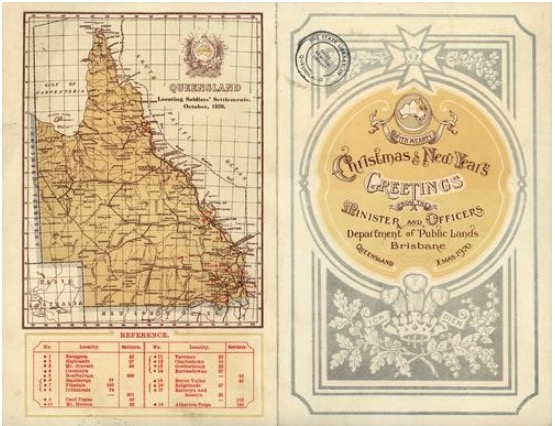 Christmas greetings from the Minister and Officers of the Department of Public Lands, Brisbane, 1920 SLQ 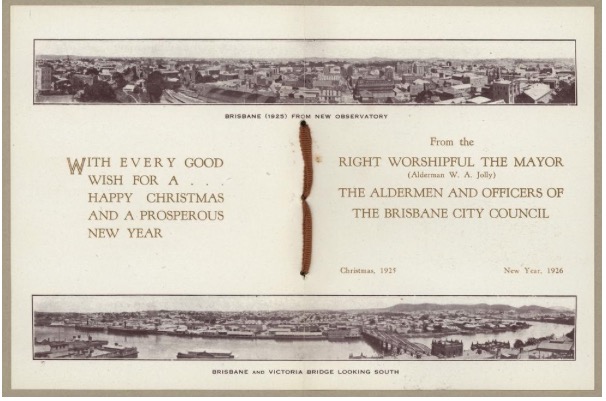 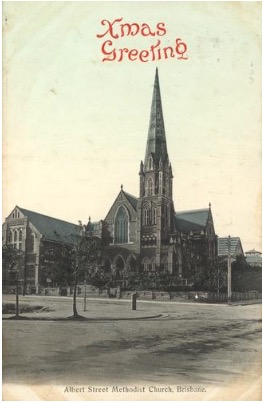 Albert Street Methodist Church, later to be dwarfed by the SGIO and other buildings.
Undated - State Library Qld 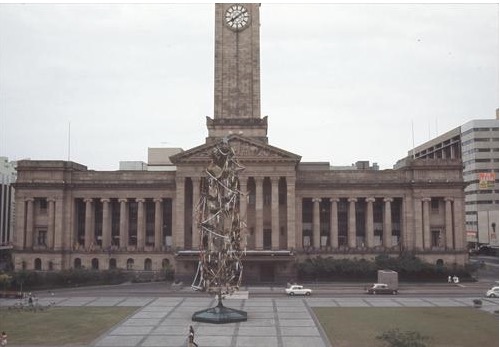 Brisbane City Hall with a rather simple Christmas tree compared to what we have now.
Though undated, this was after 1969 when cars were no longer allowed in the Square
and just before one of the number of makeovers that have happened since the 1970s. 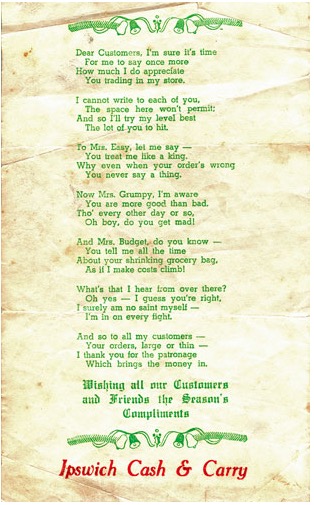 This may be out of sequence, but I thought I would keep the best till last..
Christmas greetings poem from Ipswich Cash & Carry store, Brisbane Street, Ipswich, 1940s SLQ

These were included in all the grocery orders, I wonder how many of the customers
recognised themselves in this poem. 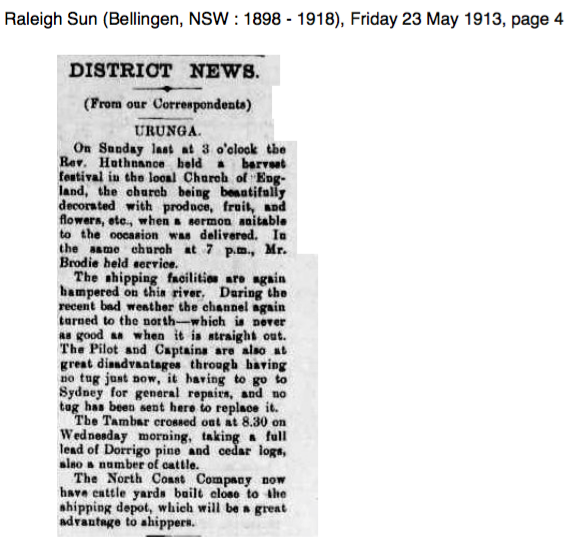 SO WAS PLANTING NEW TREES 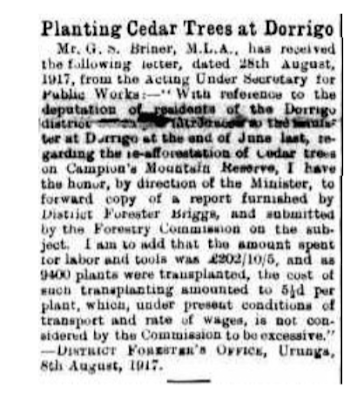 ONE OF MANY INVOLVED IN THE INDUSTRY

INDUSTRY REVIVED IN THE '40S 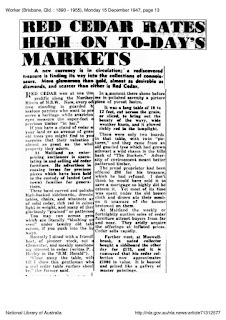 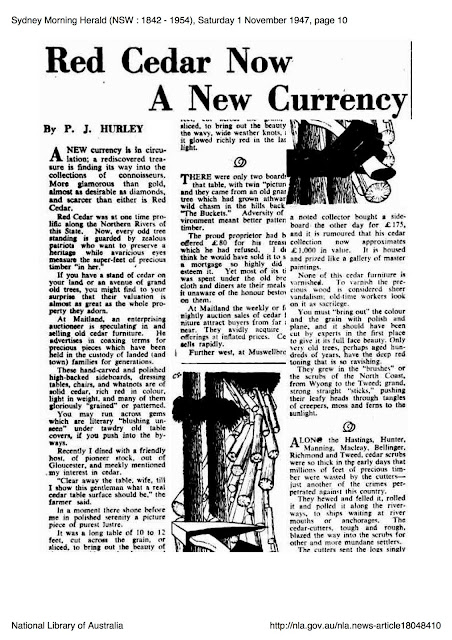 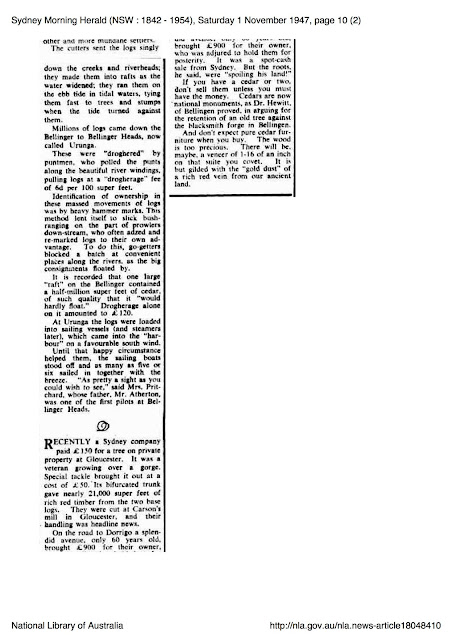 IN 1947, CEDAR BECAME EVEN MORE VALUABLE 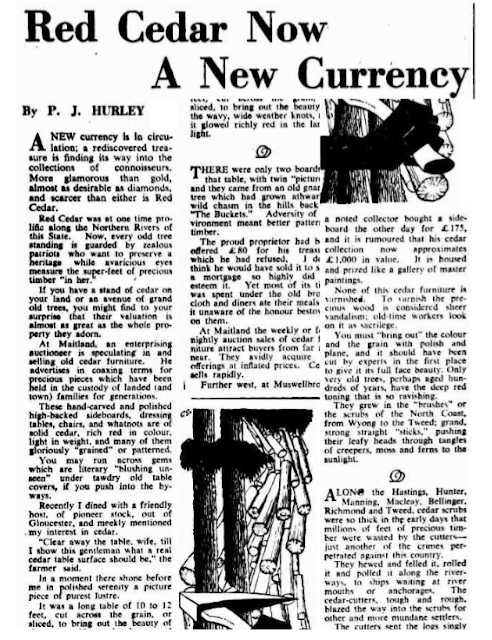 OPINIONS VARIED AS TO HOW TO TREAT THE TIMBER 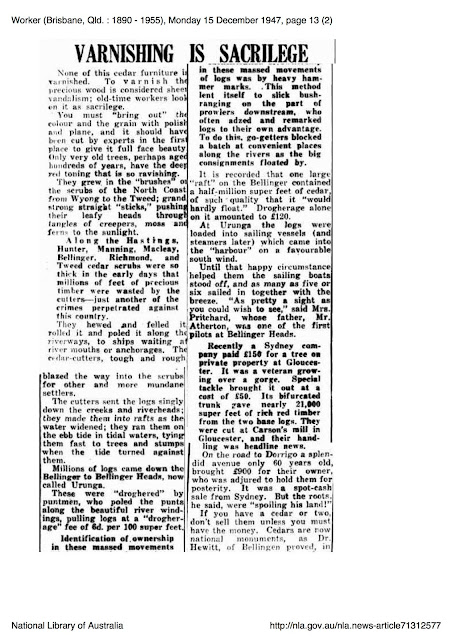 DR. GEORGE HEWITT WAS AS WELL KNOWN
AS A HORTICULTURIST AS A DOCTOR,
SO HE WOULD HAVE HAD SOME INFLUENCE.

You can read more about the beautiful red cedar here 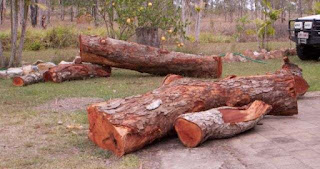