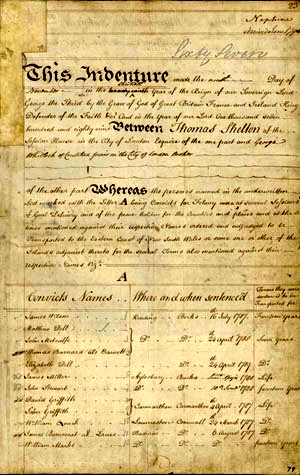 The indenture paper above was typical of those issued to all who were indentured/ assigned to various landowners or sometimes businesses. To be 'released' this way, the convicts had to show they were well behaved, willing to work and could be trusted. Of course, not all lasted the time they were allotted, but many did, often going on to stay with their particular employer even when they were given their tickets of leave, certificates of freedom, conditional releases or pardons, as discussed in earlier posts in this series.

I couldn't resist adding the item below, as a sample of what records are being digitised.. this is just an indent list, but what treasures will we have access to in the near future.. Sample of what's available in 'Sentenced beyond the seas' - a project to digitise and index Australia's early convict records.

There was a lot of time taken with preparing assignment papers and notices, the lists were published in the press at the time as well as posted outside police 'posts'.  Initially, convicts had to have a separate copy of their papers, each time they had a new assignment.  This was slowing the whole process down, so a change was made.
Instead, convicts were issued with passes that had to shown to each person they were assigned to, so as to prove who they were. 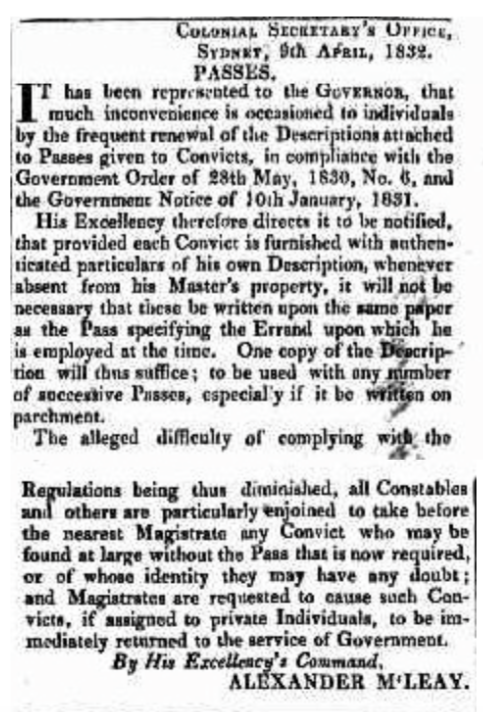 They had the name and a description of the convict and were often signed by the police in the district that they had left as well as the one they went to.
This one was for Edward Evans.. 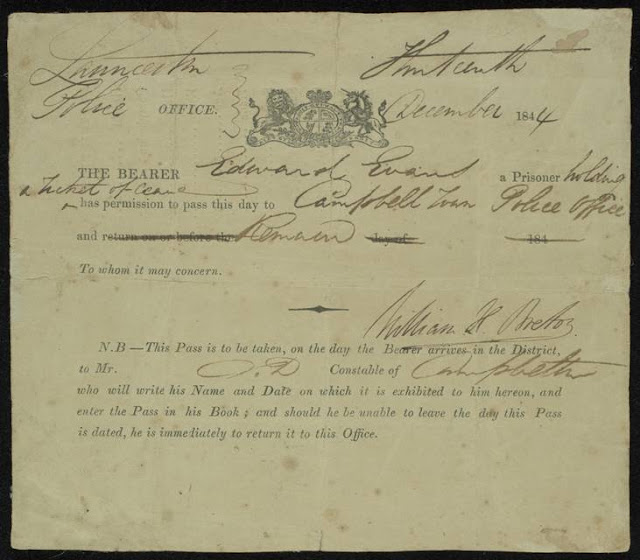 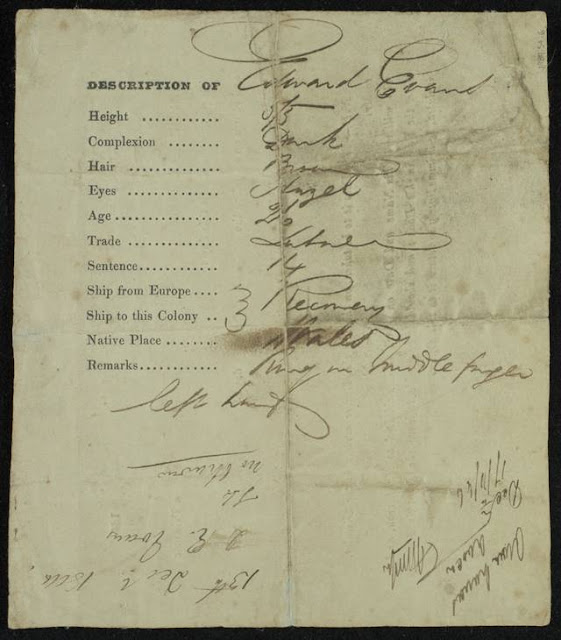 Courtesy of National Museum of Australia

Those convicts who were well behaved and good workers were often assigned to farmers or those in need of reliable labour, with the full agreement of the authorities, providing their passes were signed by the local police. 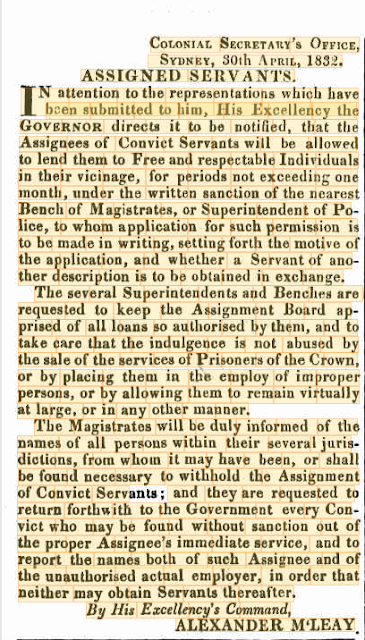 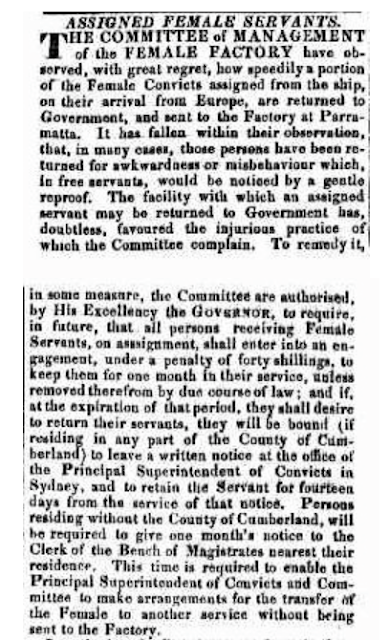 It was not only the male convicts that were assigned to work in other areas. The Female Factory was a great source of labour, but it seems this wasn't without problems... I wonder if the threat of a fine, for returning the women before one month, was effective... after all 40/- (40 shillings) was quite a sum of money back then.
The government was saving itself money as the employer was responsible for all costs for the women while they were with them. 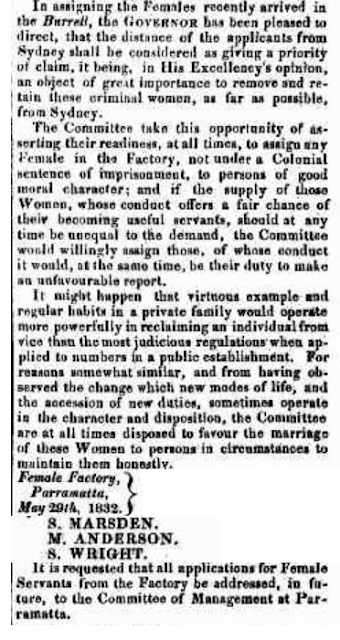 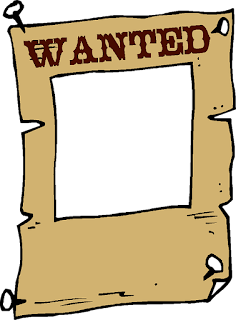 An interesting edict appeared in the press in 1832..

RETURN OF ALL CONVICTS ASSIGNED BETWEEN THE 1ST DAY OF JANUARY AND THE LAST DAY OF MARCH 1832. 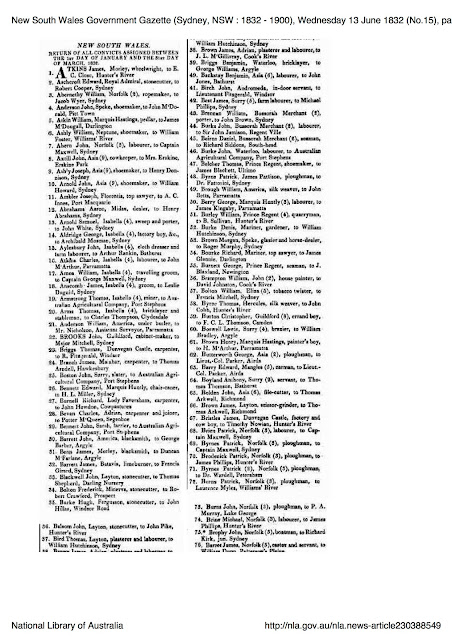 This is just the first page of the list... it is far too large to post in detail, but you will be able to find the lists by using the information above... I haven't found the reason why they were all to be returned, perhaps for a muster or just to be able to give others positions. I'd love to know how many were missing, there were sure to be some.
These notices appeared on a regular basis. 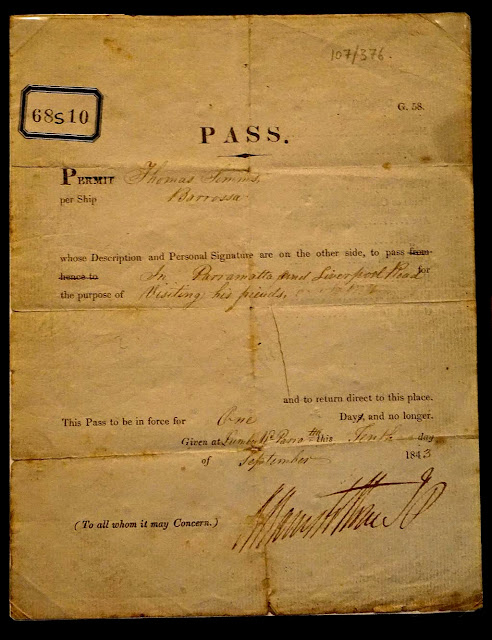 This pass is for Thomas Simms,
a one day pass for a convict of good behaviour, who was allowed to visit his friends. It is great to see just how many of these documents have survived.

Courtesy of the National Museum of Australia.


Return of Female Convicts Assigned to Settlers and Other Persons 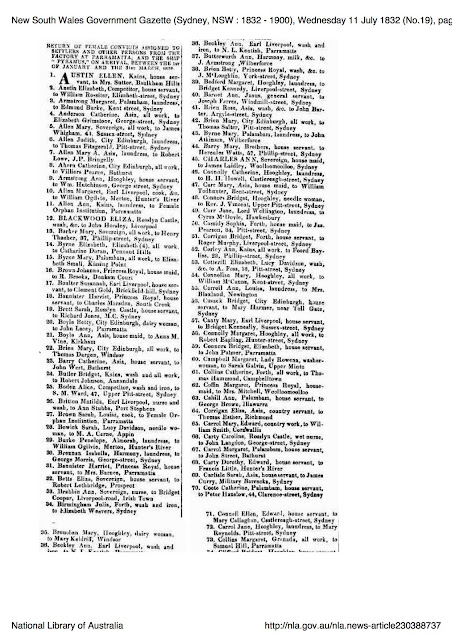 As there aren't as many listings of female convicts as there are of men, I have included a partial transcript of the relevant pages below. I found it interesting to see just what kind of work they were assigned to do.

There were quite a number of such lists in the gazettes.

You will even find that there lists of Convict Boys... those under the age of 17. It is surprising the number of children that were transported. You can't help but wonder if they were all abandoned or did they have families wondering just whatever happened to their children.. At least if the edict pronounced by the Colonial Secretary was followed, these boys would have had a chance to learn to read and write, and have religious instruction.. most likely not something that would have happened in their previous life.

They were assigned in the same way that the men were, except that they were strictly forbidden to be kept out of the Sydney area, so as not to mix with those who could have lead them even more astray. 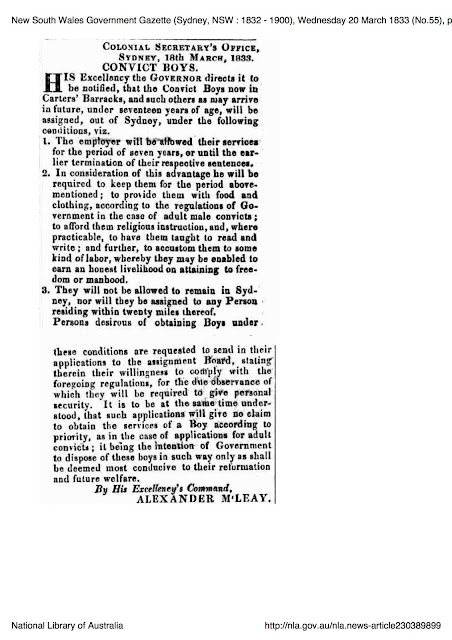 In 1833, the situation of the Female Factory at Parramatta was listed as follows... 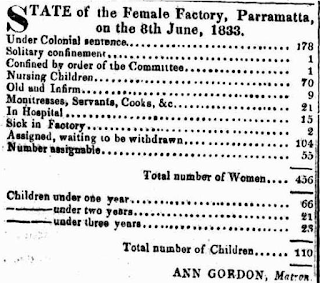 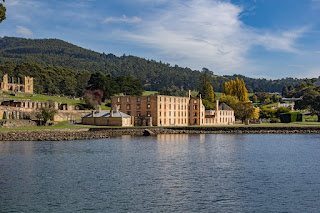 This series concludes for now. I hope you have learnt that there is so much available via TROVE and the Government Gazettes, covering whatever particular interest you have in convicts or that era.

The Penitentiary Port Arthur
courtesy of Pixabay
You may search by...
the name of the convict
the ship they arrived on
the year
their trade (often they continued in the trade that they had before sentencing)
assignment
indenture
tickets of leave
certificates of freedom
pardons
conditional release
female convicts
male convicts
children transported...
... the options are almost endless.

These are but of few of the links you might find helpful...

Convicts transported to and from Port Macquarie 1827-1837

Tickets of leave / Certificates of ... 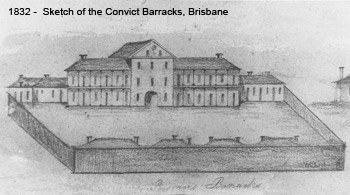 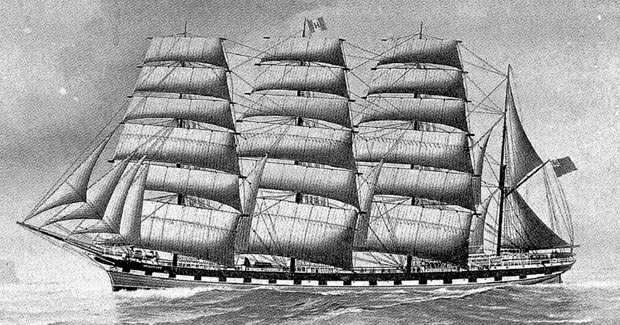