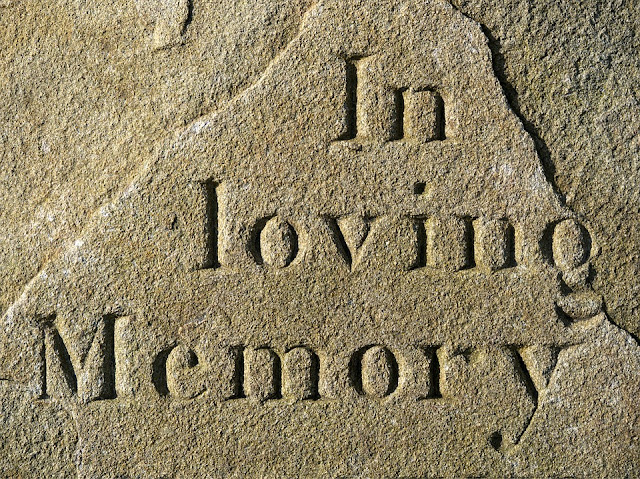 THE WAR THAT WENT TO THE DOGS

So many stories are written about the bravery of men and women, not only in World War 1, but in all conflicts.

I would like to focus on our canine heroes, those who filled so many roles, often unheralded, often unknown other than by those whose lives they affected personally.

TROVE has so many articles it was hard to choose but a few..

From the Kiama Independent and Shoalhaven Advertiser, from Wed. 5 September 1917... almost 100 years ago...

There were said to be 10,000 trained dogs at the battle fronts.. they were trained to discern the injured from the dead, to act as messengers, to carry aid to those in need and a whole lot of deeds that otherwise diverted soldiers from battle. They were quick, fearless and obedient... the unsung heroes. 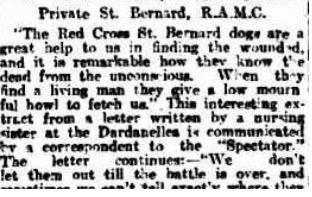 From the Petersburg Times Friday 17 September, 1915
An amazing story of a dog's tenacity...in the first part of this article.. 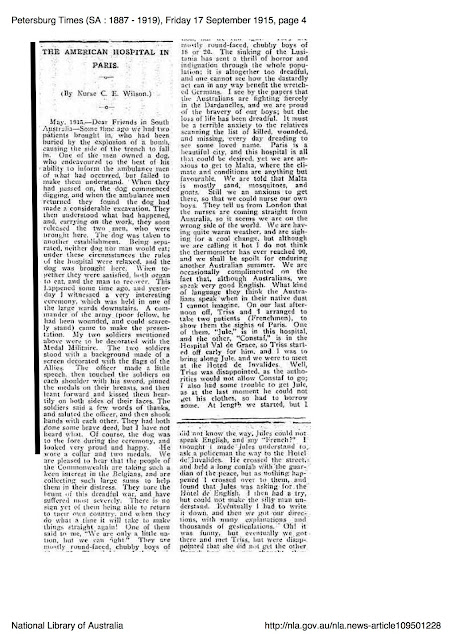 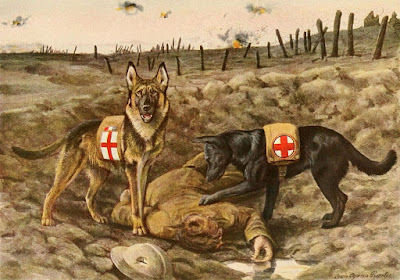 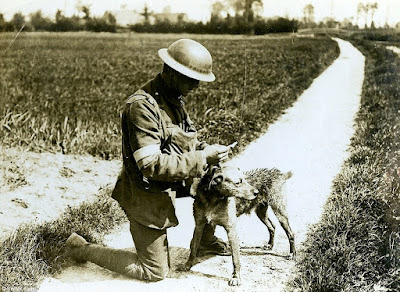 Dogs were quicker, more agile and smaller making them efficient messengers during World War One, like this dog pictured in France in 1918. 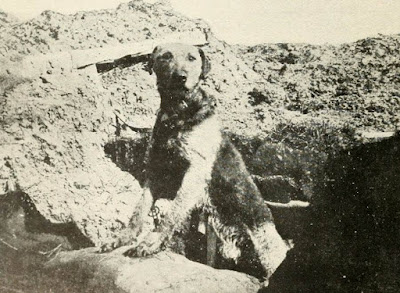 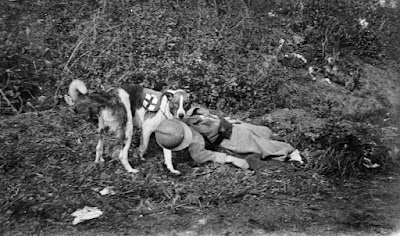