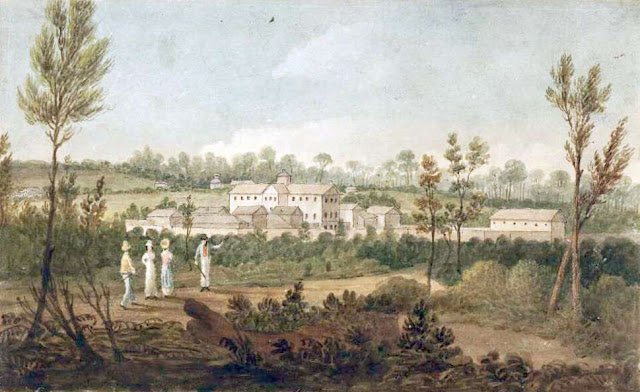 
Who was the Innocent Convict...on reading the article of that title, (see below) the name given is Mary Green. Was she living in the female factory?

There was a Mary Green at the Female Factory...was she the right Mary Green?

A 'Mary Green' appears on the list on Convicts to Australia at  http://members.iinet.net.au/~perthdps/convicts/confem44.html
arriving on the Wanstead...
Wanstead - Arrived 9 January 1814.
Sailed 24/8/1813 from Spithead in 138 days.
Embarked 120 females.

However the Mary Green the article labels as the 'innocent convict' appears to have come out in the First Fleet according to the time mentioned in the story.

On a list of convicts, published by Gutenberg Australia, only one Mary Green is mentioned.   http://gutenberg.net.au/convicts.txt 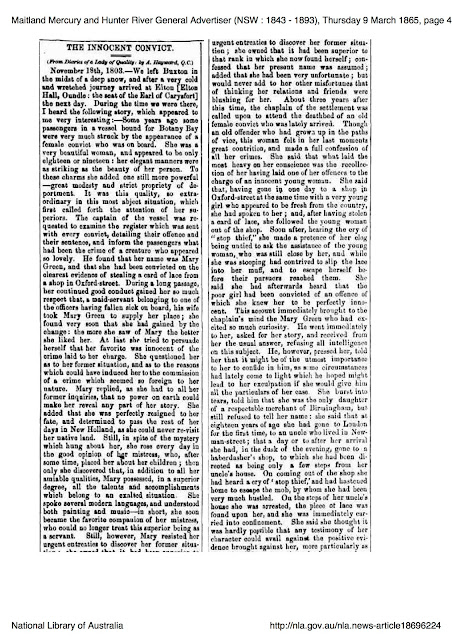 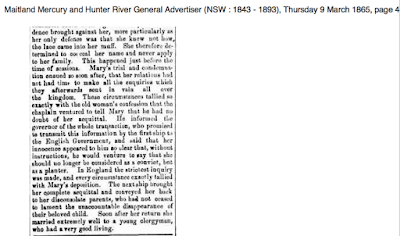 
who had a very good living.