TROVE  is a great resource for not only newspapers and images, but also for Government Gazettes, which can prove to be invaluable for researchers.
The following lists male prisoners assigned from
12th Oct -9th Nov 1836.
It includes the place and occupation, also person or organisation assigned to. Farmers, merchants, or anyone needing labour, could apply via magistrates or government officials, to have convicts assigned to them. If they were still serving their sentence, then they would not be paid, but would be provided food and board. Hard and honest work could see them granted a ticket of leave, or a certificate of freedom, which I have written about previously. 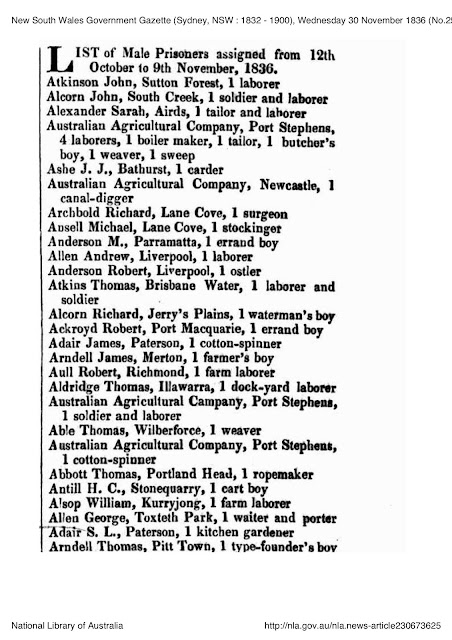 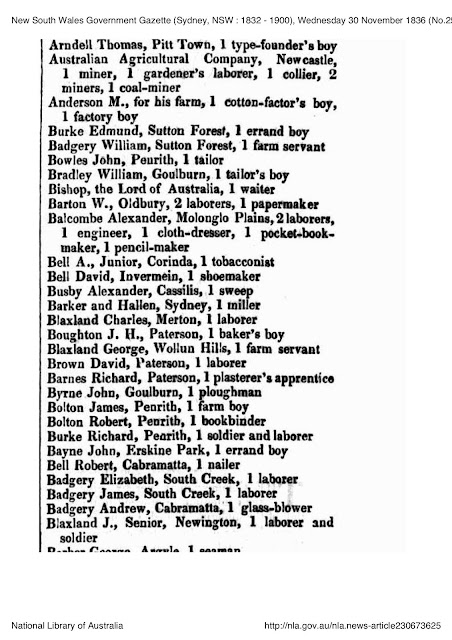 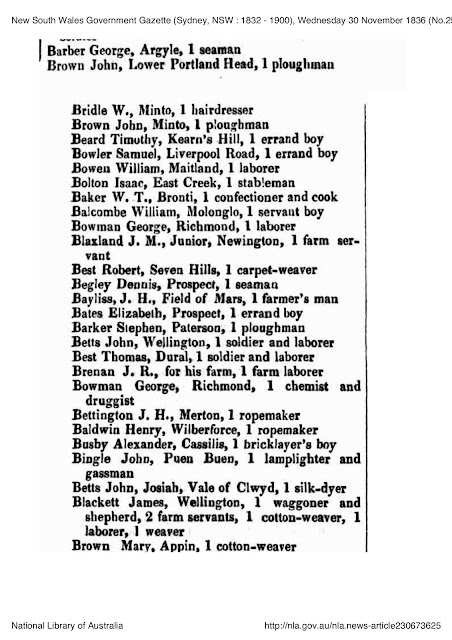 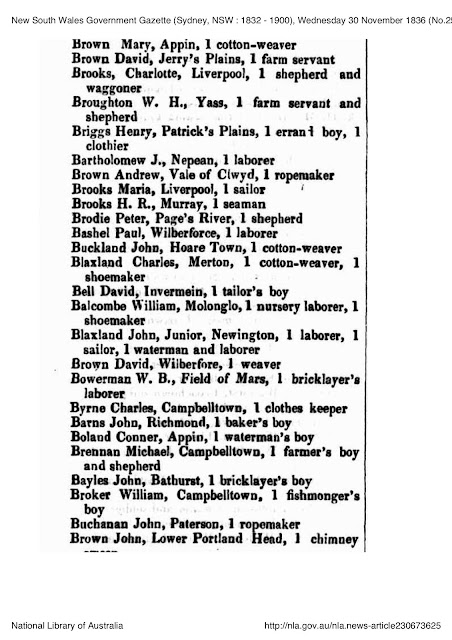 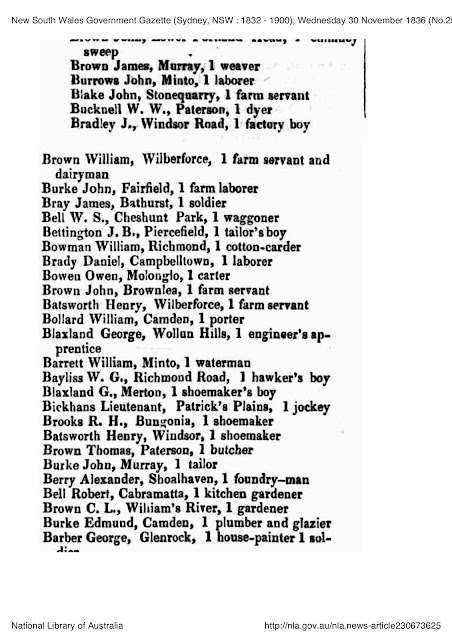 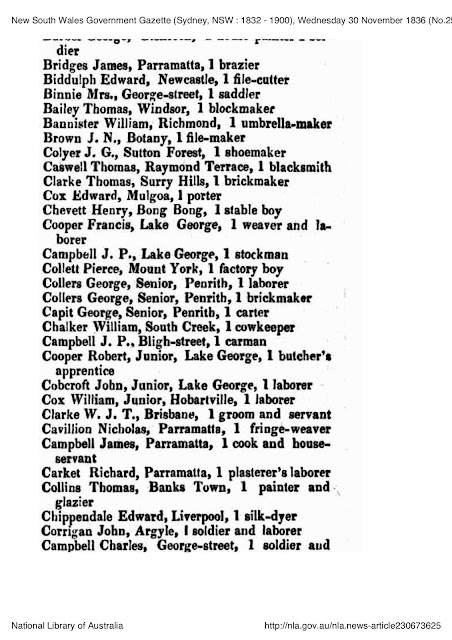 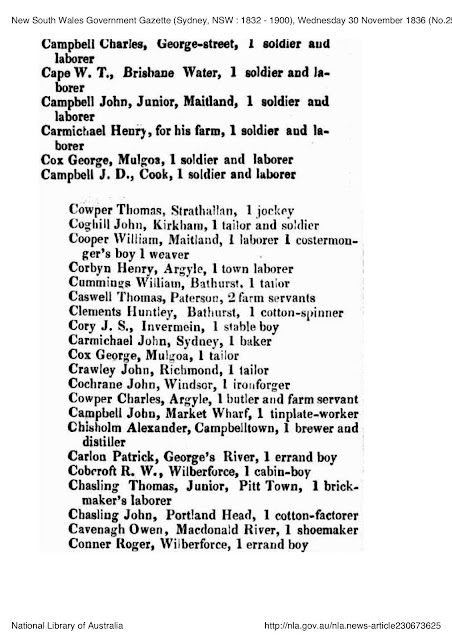 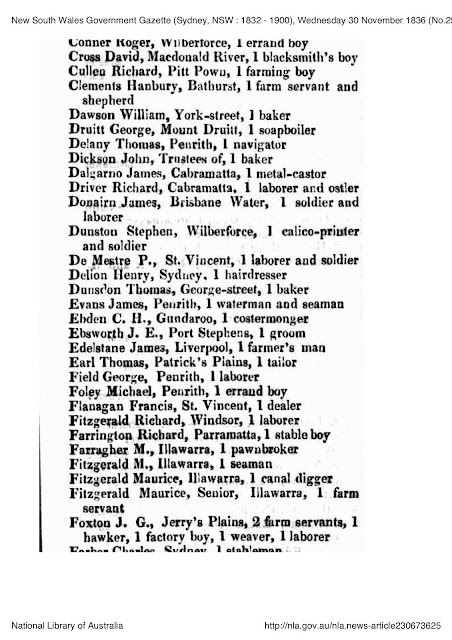 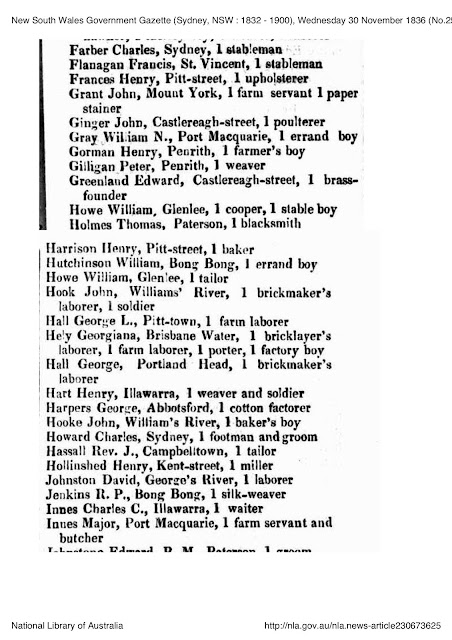 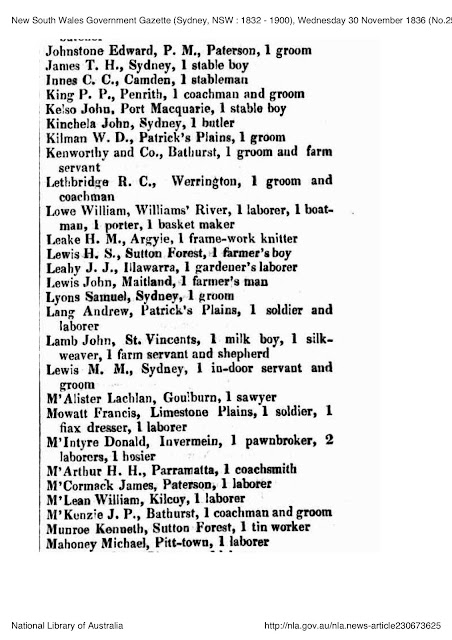 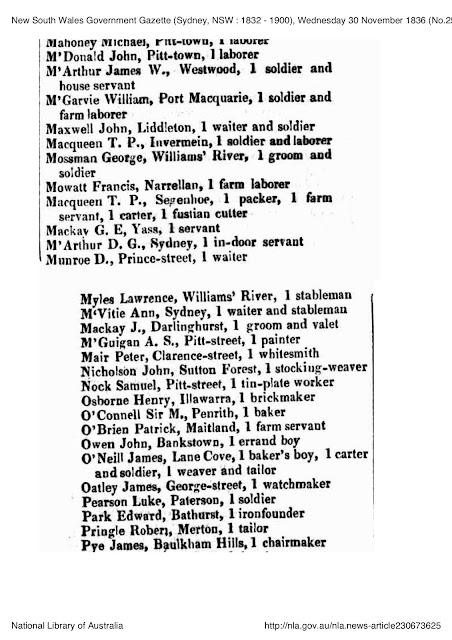 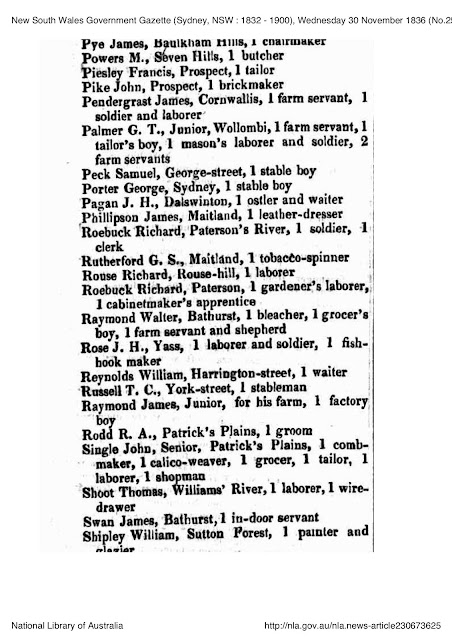 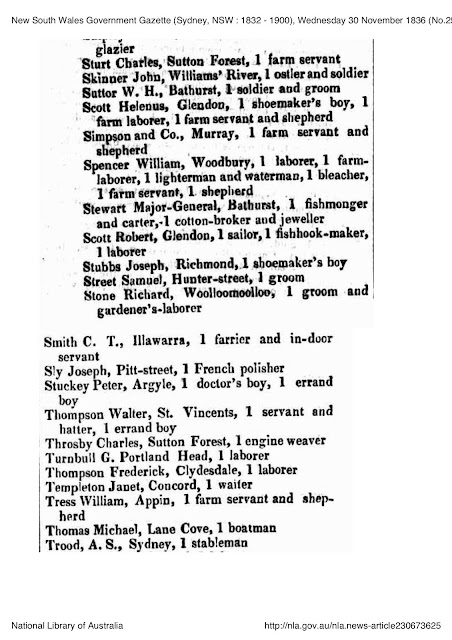 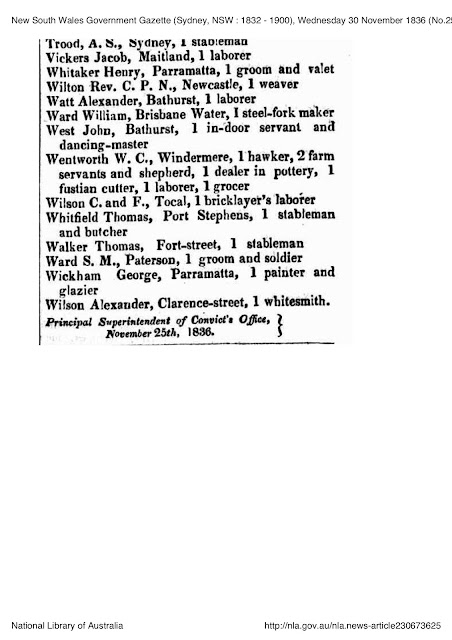 As well as TROVE, another good source of information re convicts is HYDE PARK BARRACKS MUSEUM 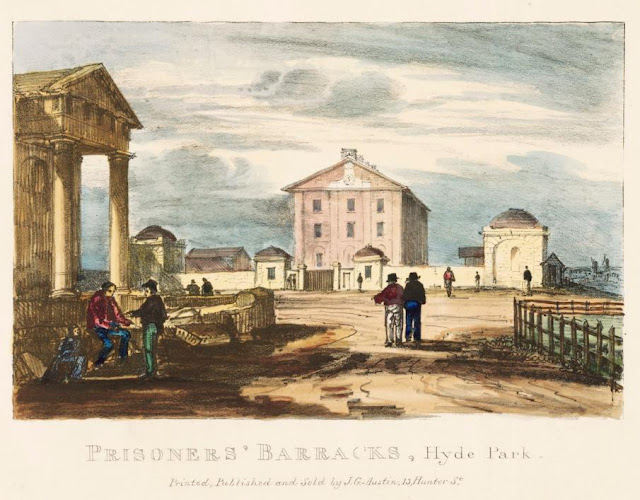 You can read about the daily routine, their food, their clothing, their day to day activity.. and so much more.
Click on the names below to read more..