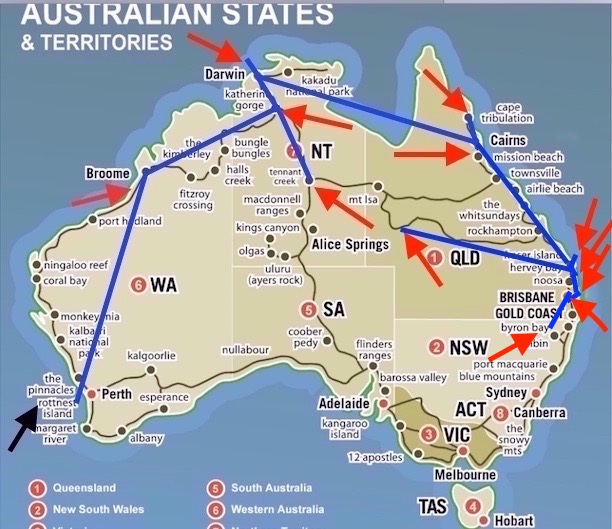 
Ever wanted to circumnavigate Australia? We still have a way to go...we'll be going on quite a journey, at least virtually, and clockwise. So as to make sure all states and territories are covered, we started in Western Australia and explored a little of the early history of a small part of this massive state via TROVE...from Rottnest Island to Broome..then across to Katherine Gorge, then Tennant Creek, from there to Darwin on the way to the Tiwi Islands, Bathurst and Melville. 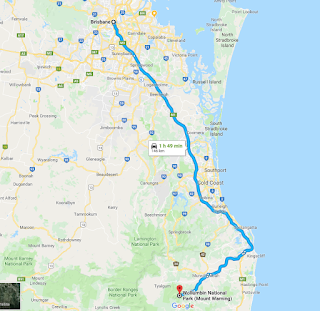 After a recent break, we are about to resume our travels... we're heading in to New South Wales... not too far over the border, to a place that literally stands out, begging to be noticed. It was first given a European name by Captain James Cook...  he recorded seeing " a remarkable sharp peaked mountain lying inland".

This is an excerpt from his journal...

"…We now saw the breakers [reefs] again within us which we past at the distance of 1 League [5 km], they lay in the Lat de of 38°..8' [later changed to 28°..8'] & stretch off East two Leagues [10 km] from a point under which is a small Island. There situation may always be found by the peaked mountain before mentioned which bears SWBW from them this and on this account I have named Mount Warning it lies 7 or 8 Leagues [35-40 km] inland in the latitude of 28°..22" S° the land is high and hilly about it but it is conspicuous enough to be distinguished from everything else.[4] The point off which these shoals lay I have named Point Danger to the northward of it the land which is low trends NWBN but we soon found that it did not keep that direction long before it turned again to the northward."[4]     https://en.wikipedia.org/wiki/Mount_Warning

To quote from Tweed Volcano

Mount Warning is the central volcanic remnant of an ancient shield volcano, the Tweed Volcano, which would have been about 1,900 m (6,200 ft) above sea level or just under twice the height of the current mountain.[5][6] This volcano erupted around 23 million years ago.[7] As the mountain's central vent cooled it shrank, forming a depression at the top that has greatly eroded.[6] 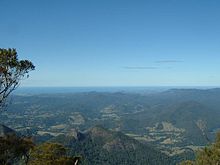 View of Byron Bay and surrounding areas from the summit
Today the vast areas that were part of the volcano include many mountains and ranges at some distance from Mount Warning, and include the Border Ranges, Tamborine Mountain, the McPherson Range and both the Lamington Plateau and Springbrook Plateaus. The erosion calderaformed since this eruption is easily visible around the summit and forms the rim of the Tweed Valley.
During the last stages of eruption, different and more resistant forms of lava that were cooler than those flows that created the shield volcano remained to form the current peak. The whole central Mount Warning massif was also pushed up by forces that remained active after lava eruptions had stopped.[6]

It certainly is hard to miss and is a great landmark, as it has always been, but it is also of great significance to Aboriginals, in particular the Bundjalung people, being a sacred site. They had named it Wollumbin, and it was applied as a dual name by NSW geographical names board in 2006.

It is part of the Great Dividing Range and is 1,156 m high... a challenge to many climbers and the scene of various tales of both adventure and misadventure. 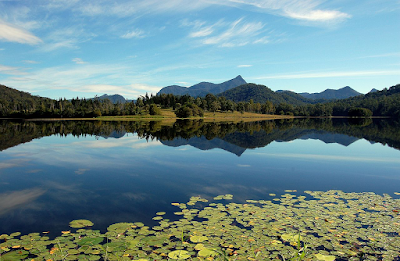 Mount Warning's view in Australia (New South Wales) from the Clarrie Hall dam. Picture taken in the morning by Pouts31
CC BY 3.0 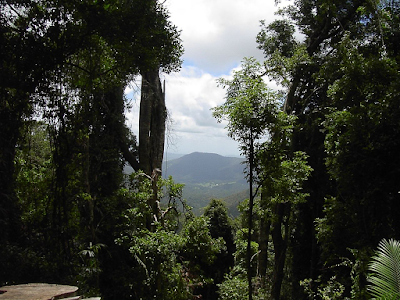 
TROVE provides us with many articles about Mt. Warning... from the factual, to the sublime, from graphic descriptions to somewhat worrying adventures.. 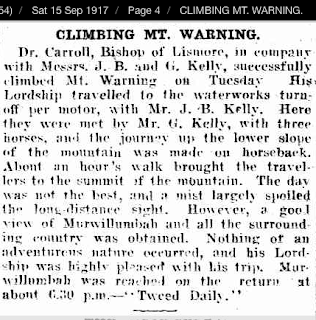 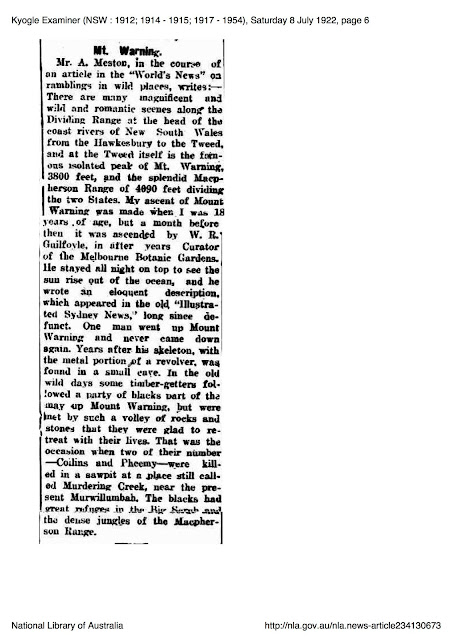 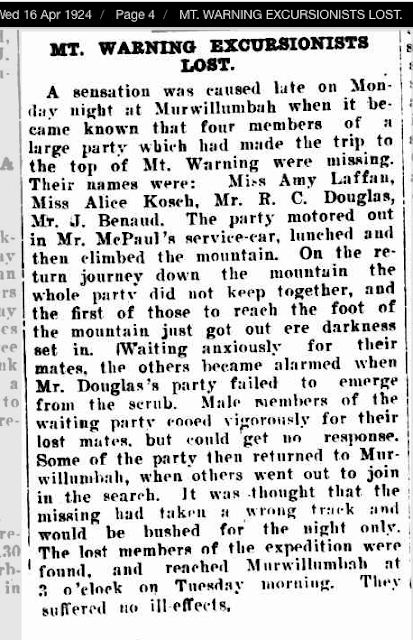 In 1929, the opening of the Mt. Warning National Park hit the headlines... 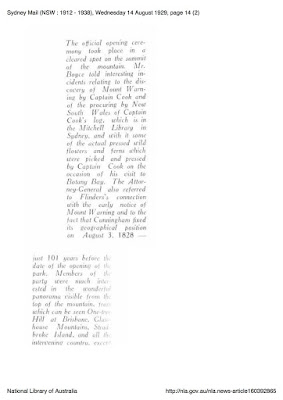 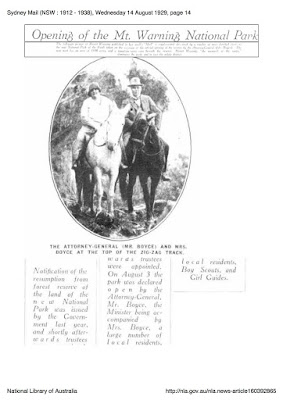 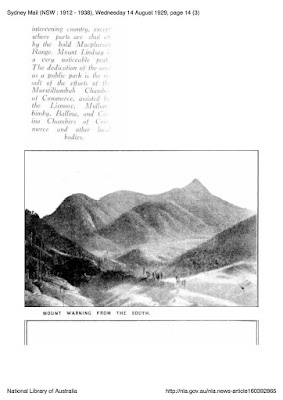 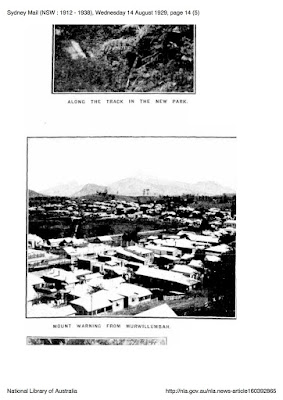 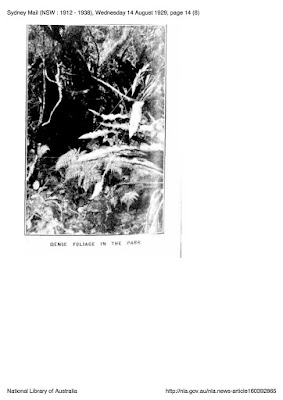 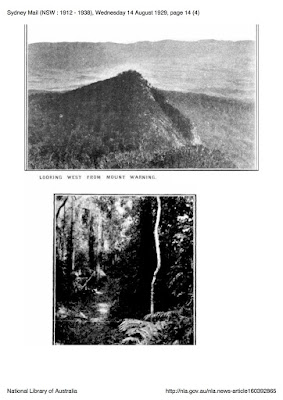 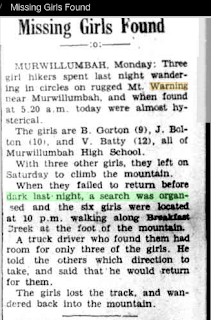 The next day brought much better news.. all safe and well... 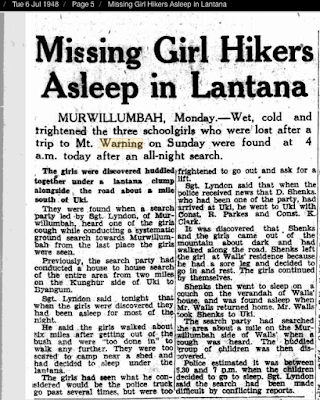 Despite all the dramas in past years and all the, dare I say it, warnings given about Mt. Warning, it is still a beautiful place that attracts large numbers of visitors each year.

Panorama photo taken atop the Eastern peak of Mt Cougal. The prominent peak in the distance is Mt Warning and Wollumbin national park. To the left of the image is the township of Murwillumbah NSW. The surrounding mountains and ridges make up the Tweed Caldera, remnants of the Tweed Valley's volcanic past.  Graden Dare      CC BY-SA 4.0 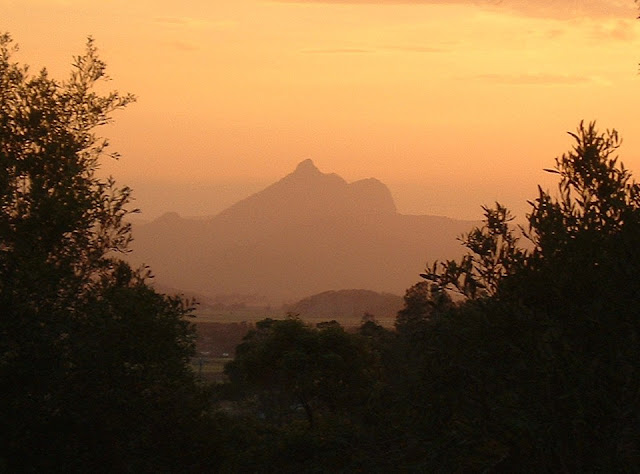